How Dev Tools can Help When Creating Animations

Before we dive deeper into what we can do with these tools, let me show you where you can find them. Chrome has the animation inspector option under the more tools submenu option. 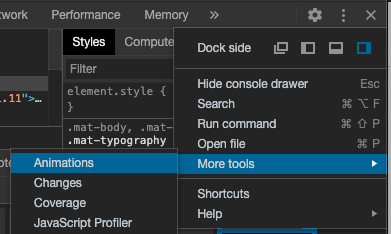 Firefox, on the other hand, has the animation inspector under the "Inspector" option, under a tab called "Animations"

At the time this post is written, Chrome only supports CSS animations, CSS transitions, and web animations. You wouldn’t be able to use this if you are using requestAnimationFrame for your animation.

If you have the animations tab open on your dev tools, you should be seeing blocks of animation groups added to the top as your animation gets triggered on your application. Clicking on the block will open up a more detailed view of the actual animations that are being executed as shown in the images below (Chrome's followed by Firefox's). 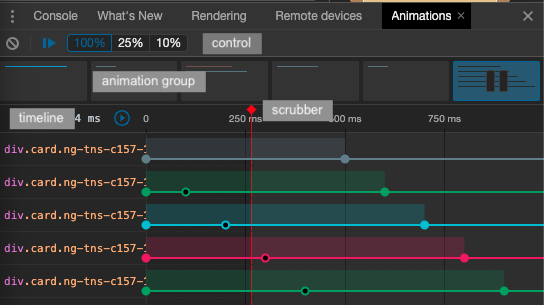 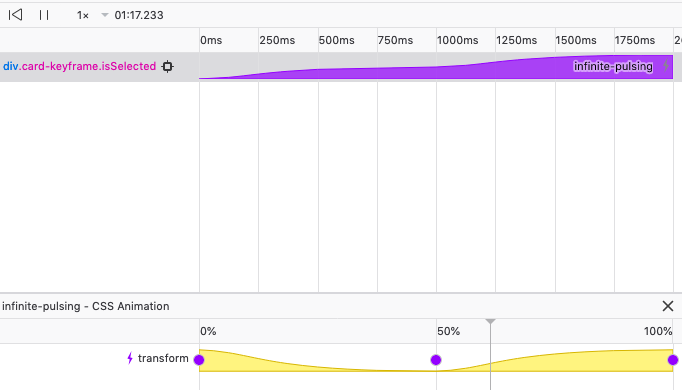 Let’s break down the animations tab view further and discuss some of the key features:

All the components in the timeline for each element can be modified by dragging them horizontally. We can modify the duration by moving the start and end solid circles, add delays by moving the highlighted section and modify keyframe timings by moving the hollow circle. We can then view the updated animation changes by clicking on the replay button to rerun the animation group.

If you are using CSS keyframes in your animation, both Chrome and Firefox's dev tools also have a tool to edit the curves of your animation dynamically using Lea Verou’s cubic-bezier visualization. 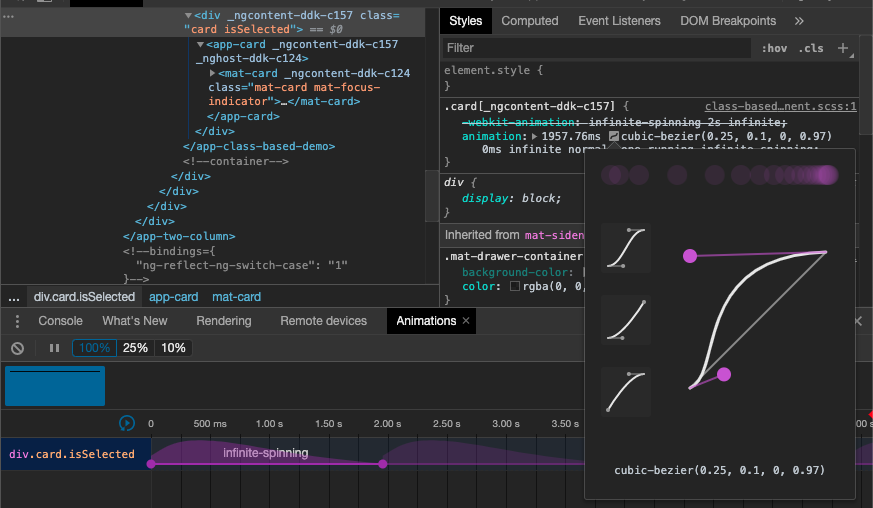 The purple circles attached to the purple lines on the bezier curve editor are draggable vertically and horizontally to edit the curve of the line which in turn will update the cubic-bezier function. You can see a quick visualization of what the timing function looks like from the purple circle towards the top of the popup, showing how the animation will accelerate/decelerate over time.

The animation inspector is a powerful tool that can help you when you are creating animations. I oftentimes find myself doing some fine-tuning of animations through the dev tools and copying the code over to my project.

Do you need a custom Website or Mobile App for your business?